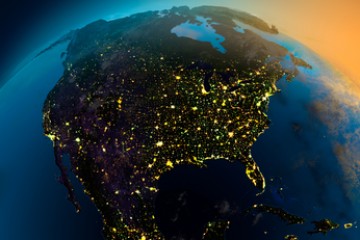 We hear a lot about the “aging” of the modern economies – it is true that most of the developed world economies are aging.  Whether it is better nutrition or healthcare, people are now living longer lives.

In the past when the US had a younger population this imbalance was masked by the baby boomers – the proverbial pig in the python, as can be seen in the following picture.  The spending of the baby bombers propelled strong economic growth. 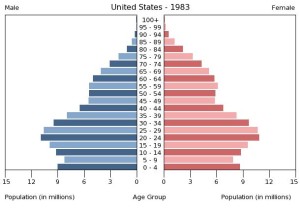 However now the baby boomers are aging(aged) and we no longer have the demographics in our favor.  We have gone from a pyramid to a tree. 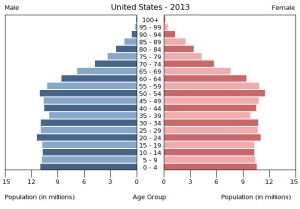 We are not as bad as Japan –  an inverted wedge: 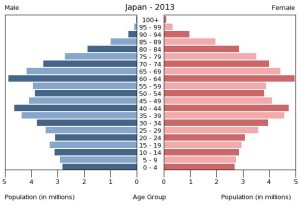 But we are certainly not Brazil: 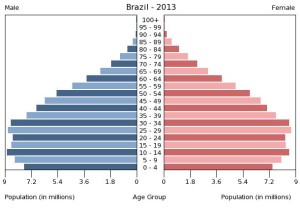 Peak spending seems to occur in the age bracket of 35-50. As a society ages the rate of spending declines and economic growth starts to stagnate.  Government policies aside, as a society starts to age more resources are dedicated to the care of the age and personal spending declines. The housing requirements change, no more McMansions but single story residences devoted to the care of the aged.

The consequence of these population demographics changes may lead to rising health care costs, needs for a change in the type of homes being built and the stagnant economic growth.

What’s an investor to do – budget for rising health care costs.  Premiums for small businesses under the ACA, will be rising about 20% this year (slightly more than inflation… I don’t think TIPS will help with this). Investors will have to have an allocation to growth investments, if demographics play a role in global growth perhaps countries with solid populations will show the countries with the potential for growth, then the search for investments can begin.