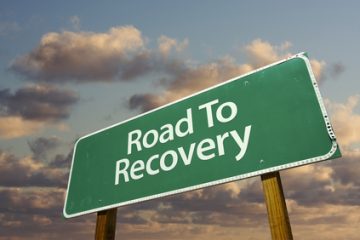 Perhaps the most dangerous words in investing are “It’s Different This Time”.  This is not to be confused with the excellent book by Reinhart and Rogoff.

Many wonder, what happened to the recovery that we should be experiencing at the moment. Are we not 4 years into an economic cycle that has had massive amounts of government stimulus supplied?  Why do things feel so “blah”.

The difference between this recession and all the recessions that we have suffered, post World War II, is this one was driven by too much debt on balance sheets.  It was not created by a build up of too much inventory or stuff, that companies could lower the prices on and clear out.

A balance sheet recessions is a very tricky beast to unravel from – if you have too much debt you have a limited number of choices, you pay it off, you restructure or hope the assets securing it can be inflated so that you can then sell it for me than you owe – which one is the developed world choosing.

An Excellent Paper on this was written by Irving Fisher in 1933.

The comparison today in the United States has some striking similarities to Japan from 1980, too much debt, government bailouts, zombie banks, low credit demand and supply, super low interest rates and an aging population.  The demographics in the US are not as bad as Japan, but the front edge of the Baby Boomer bulge is clearly hitting retirement and they will want all there social benefits.

I read a terrific blog post this morning about the situation in Japan – how it came to be and what they are doing to rectify the situation.

As an investor we should never let the economic headlines be the sole factor in determining our investment direction.  The US economy had horrible GDP growth of around 2%, yet the S&P500 returned around 16%.  Japan’s GDP may well have been negative for 2012, yet the NIkkei returned ~23%.

Value is a important consideration when making investments, at the moment the market’s appear fairly priced, trading at a 12-14 PE ratio.  It is fairly valued, not cheap, as investors we have to now determine are we willing to buy a fairly priced market with the news in the future of a choppy economy and a looming debt ceiling debate.  I remain optimistically hedged at the moment, just in case…