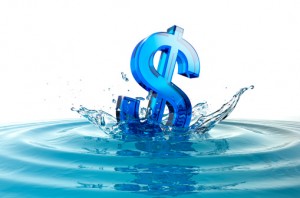 Monday August 24th, was quite a day.  It was a good old fashioned flash crash. Liquidity disappeared from the market and some of the largest companies in the world saw their stock prices down over 20% at the open. 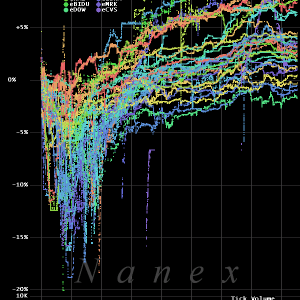 The role of computers and high frequency traders cannot be overlooked in this situation – they claim they provide liquidity, but when they glitch -Wow.

Currently there are 11 exchanges, 42 dark pools and other brokers internalizing trades as well.  Why do we need so many different places for a trade to be executed?

How do traditional investment advice providers claim that markets are efficient and that you should be a long term investor, when they very markets and exchanges they invest in trade on a micro to micro second basis!  The exchanges now receive billions and billions of quotes a day, most of which have a life of less than a second and are routinely cancelled.  The time frames of investors and markets are severely out of whack.

The more complexity that is added to a system increases it’s fragility and makes it more likely to fail or at a minimum not perform as expected.  Its almost time for a “once in a generation” event to occur yet again.

As investors how do we need to behave in an environment like this?

Cant use stops or limits – you might get an execution you don’t expect, know that you are getting ripped off with a market order, but only a little bit so its the preferred method.  If you need to hedge do so in the options market.

Know what you own – price volatility is going to be a part of the future – focus on cashflow from the investment not necessarily it’s price,

Explore private investments – the value to be had in illiquid investments may be superior to the returns available in the public and liquid markets.