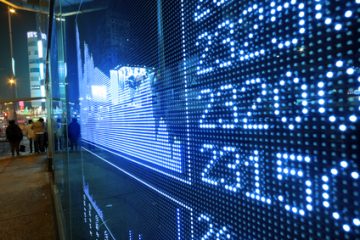 When it comes to the performance measurement of the stock market, the S&P 500 is considered to be one of the most widely followed and accepted benchmarks.  The interesting thing about the S&P 500 is that it is a market cap based index, i.e. the bigger the company the more influence it has on the index.

As a matter of fact the top 38 issues account for 50% of the weighting in the S&P 500.  That means 462 companies account for the rest – perhaps it should be called the S&P 50… oh wait we already have the Dow Jones 30, couldn’t have two indexes too similar, how would the publishers differentiate themselves.

If we were to take a look at performance of the S&P 500 – the top 10 stocks that have attributed the most return to the S&P 500, you would expect in a market cap weighted index that they would be some of the largest names. Low and behold 5 of the names are the same, with the other 5 names in the top 20.

Now I wonder what the overlap is for the top year to date performers in the S&P 500:

Whoops there isn’t any.

Now the risk you take as an asset manager is that if you are being benchmarked against the S&P 500 – you better own the top handful of names – you can’t afford to be wrong on your own.

However, if you are looking for some businesses that seem to be doing well in a turbulent economic environment, perhaps looking into the index data could become a fertile ground for stock selection.

This post wasn’t to disparage the use of the S&P 500 as a benchmark or an investment vehicle but to highlight the fact that with a little bit of “scratching” a lot of data can appear.

*All index data mentioned here was sourced from: