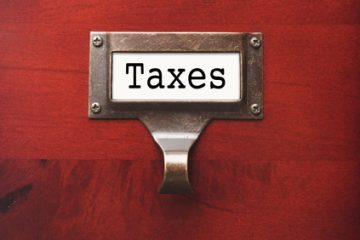 I have been getting a lot of questions the last few days about changes to the tax code as a result of the recent legislation that was passed.  I have put together a brief email that has some of the salient points and links for further information.

I have included some commentary from David Rosenberg, that summarizes it well.

Then below the commentary are some links – the market watch piece is a great bullet point feature to the changes from the federal level, the Franchise Tax Board link is a good resource on the California Tax situation.

We will need to be cognizant of the changes to taxes going forward and make sure we invest and plan accordingly, for people earning north of $450,000 in California, we may be looking at a tax rate of 39.6%(Federal), 12.3% (State with the chance of another 1% on income over $1m) and 3.8% on unearned income for “Obamacare” – for a total of 56.7% on unearned income over a $1m.  Capital gains will be a lot more valuable than ordinary income, now is an important time to plan the allocation of investments and understand the tax structure of what is being done. We however must pay attention to the fact that we must not let the “tax tail wag the investment dog”.

If you have any questions please give me a call.

“But for those individuals fortunate enough to earn above $400,000, tax rates rise to 39.6% from 35%. Tax rates on capital gains and dividends will remain at 15% for income below $400,000, but will rise to 20% for income over $400,000 plus a new 3.8% Medicare contribution tax (as specified under the Affordable Care Act) as of January 1st this year to total 23.8%. Within this income threshold, estate taxes also rise from 35% to 40% with an exemption of $5 million. Keep in mind that even though the top 1% are affected, increasing top marginal tax rates typically have the highest multiplier or ‘ripple’ impacts on economic activity — what makes for good politics doesn’t necessarily make for good economics.

Not only that, but the Bill did not extend the payroll tax holiday as was the case in late 2010. Payroll taxes will immediately rise from 4.2% to 6.2% and represents an average tax increase of $700 on all U.S. households.

So while income tax tables stay the same for just about everyone, 77% of filers will indeed be paying a higher tax bill this year compared with 2012. As per the Tax Policy Center, households that earn between $500k and $1 million, it will see an average $15k hit to disposable incomes this year. For those above $1 million, the average bite is $170k (a couple right at the million mark will pay $37k extra 90% of the tax take occurs at $1 million and up). By the way, even those workers who make between $50k and $75k a year will face a tax hike of $822 in 2013 — oh, that’s about equivalent to an iPad with 3G capabilities, just for some perspective… either that or a year’s worth of daily Spam consumption.”