What to do about QE Ending? 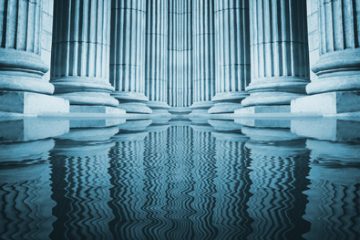 What to do about QE Ending?

There has been a lot spoken about the end of quantitative easing, especially with the government having just performed a stick save so they can deficit spend some more.  The resultant can kicking exercise in Washington is becoming expectant.

Why should we care about the end of QE?  Most markets have two variables that cause an asset price to change – the earnings of the asset and the price people are willing to pay for those earnings.  The current QE program is flooding easy money into the system that is boosting the price that people are willing to pay for an asset.  Removal of liquidity in a time of slowing growth could be tricky.

First when will QE end – I think we will have some form of government involvement for some time in order to provide stimulus for the economy.  The economy is a lot weaker than some people believe.  Four of the metrics that the Fed uses to track improvement in the economy can be seen in the below link.  As you can see we are having a mediocre recovery.

Bill Gross also does a great job about what to expect from the end of QE.  The one caveat I will make is that Japan has been doing some form of QE for a loooong time now.  I think the political system here will prevent this from occurring – (Tea Party), but QE could last longer than we think. QE will end, Im just not sure when.  No one benefits from having high interest rates, so I think rates will stay low for some time.

The recent rate shock and subsequent housing slowdown is an example of what a surprise ending to the program can bring.  So I think it will be a much more measured and gradual process with some form of rate targeting.  The economy is addicted to cheap money so it will squeal if it doesn’t get a fix.

The last data point to look at is stock market valuations.  At the moment the S&P 500 is trading about 1 – 1 ½ standard deviations above a normal valuation.

The market seems to be shrugging off the idea that we will have an end to QE in the near term.

So what to do?

I think government intervention in the economy will continue for some time.  QE may be removed but I think it will be done in such a fashion that interest rates will be kept low.

For these reasons I think the strategy we maintain is to:

Keep cash reserves to be opportunistic for opportunities that present themselves.

Seek opportunities in municipal bonds – more bankruptcies will be coming which will lead to buying opportunities.

Growth will most likely come from the cleanest dirty shirt(US) – focus on companies with strong free cash flow and low leverage.

Most importantly be patient, pay attention to valuation and know that we live in a time of unprecedented government involvement and this will lead to volatility.  Volatility is your friend when valuations are cheap, it is dreadful with high valuations.