You May Not Be As Diversified as You Think 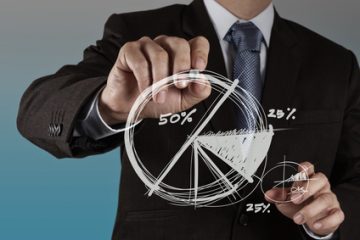 You May Not Be As Diversified as You Think

One of the core principles of the asset management industry is diversification and asset allocation. You want to own a portfolio of differently correlated investments, i.e. when one zigs the other should zag.

For diversification to work well, some investments may be losing money – whilst others are making money. This usually leads to the conversation of “why don’t we sell some of the losers and buy more of those that seem to be making money”, this could be construed as selling low and buying high… The blight of investor biases.

Onto the math (yah).

So you would hope that the correlation coefficients for these variables would be around 0.6 – 0.7, ie 30-40% of the time they will have a different path of returns.

I looked at the following investments to see what their correlations were over the last three years and also their longest common time period (since 04/08/2003):

The data is presented in a chart – and shows the correlation between two different investments, just match the column with the row and there is your number!

Correlation Over the Last Three Years

You can see very high correlation between the 3 US equity investments (0.898-0.959), with the greatest diversification being the addition of the emerging markets.

Again you see very high correlation between the US Investments and the greatest diversification benefit being offered by the Emerging Markets.

What does this mean to the investor – given these high levels of correlations, all of these investments are behaving as one asset class, not five.  If 60-70% of your portfolio is in these investments you are not as diversified as you may think.

This isn’t necessarily a bad thing – it’s just that most people are unaware of the high degree of correlation between their investments.  This is true more so today than other times, where we live in a world of “Risk On” and “Risk Off” investing because of the role and influence of central banks flooding the world with liquidity and making it very difficult for investors to make decisions, because of the outsized role of government in most major economies.

Today we have to be very cognizant of the risk in our portfolios and make decisions accordingly.

This was a bit of a “wonkish” post – maybe next time we can talk about something more entertaining – perhaps beer?